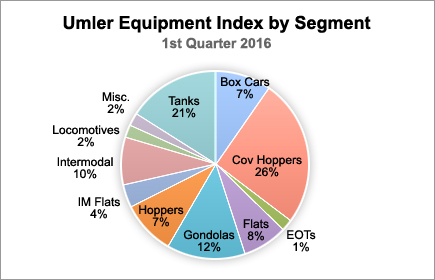 Group increases over the previous quarter were led by box cars, up 2.5 percent, followed by tank cars at 2.4 percent. Locomotives and intermodal flats were up by 1.1 percent and 1 percent, respectively. Declines this quarter were led by hoppers, down 1 percent. The miscellaneous group was down 0.4 percent from the previous quarter, and intermodal and gondolas were both down 0.3 percent. 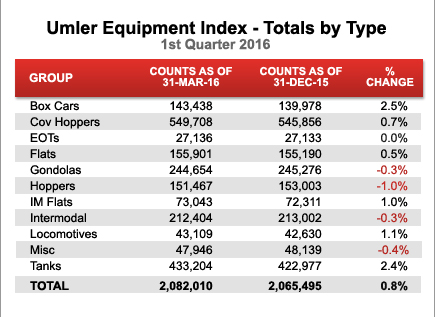 Copyright 2016 Railinc Corp. All Rights Reserved. Use of this information without written permission is prohibited. Railinc publishes this information as a service to the North American Rail Industry.