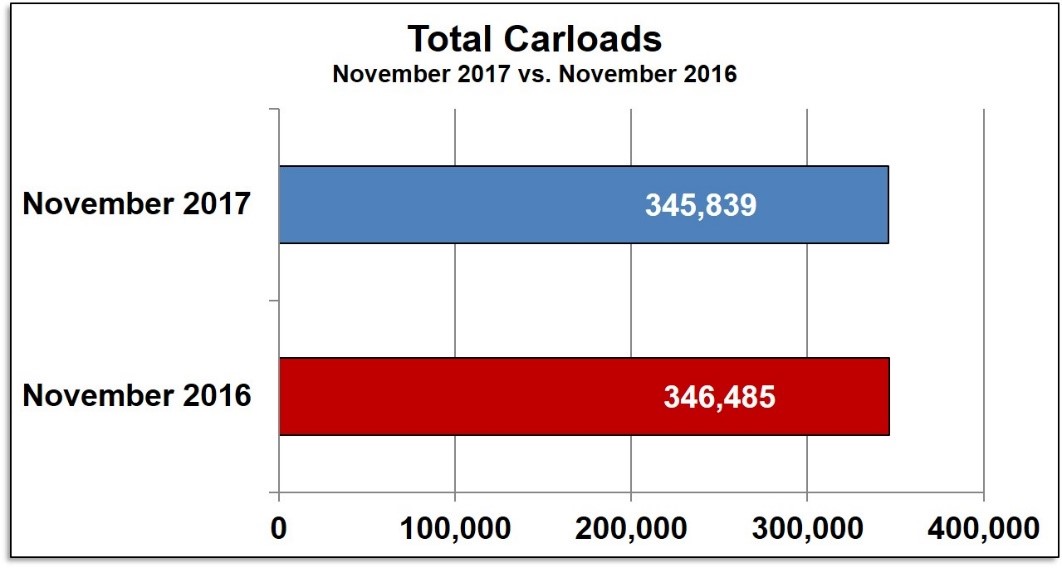 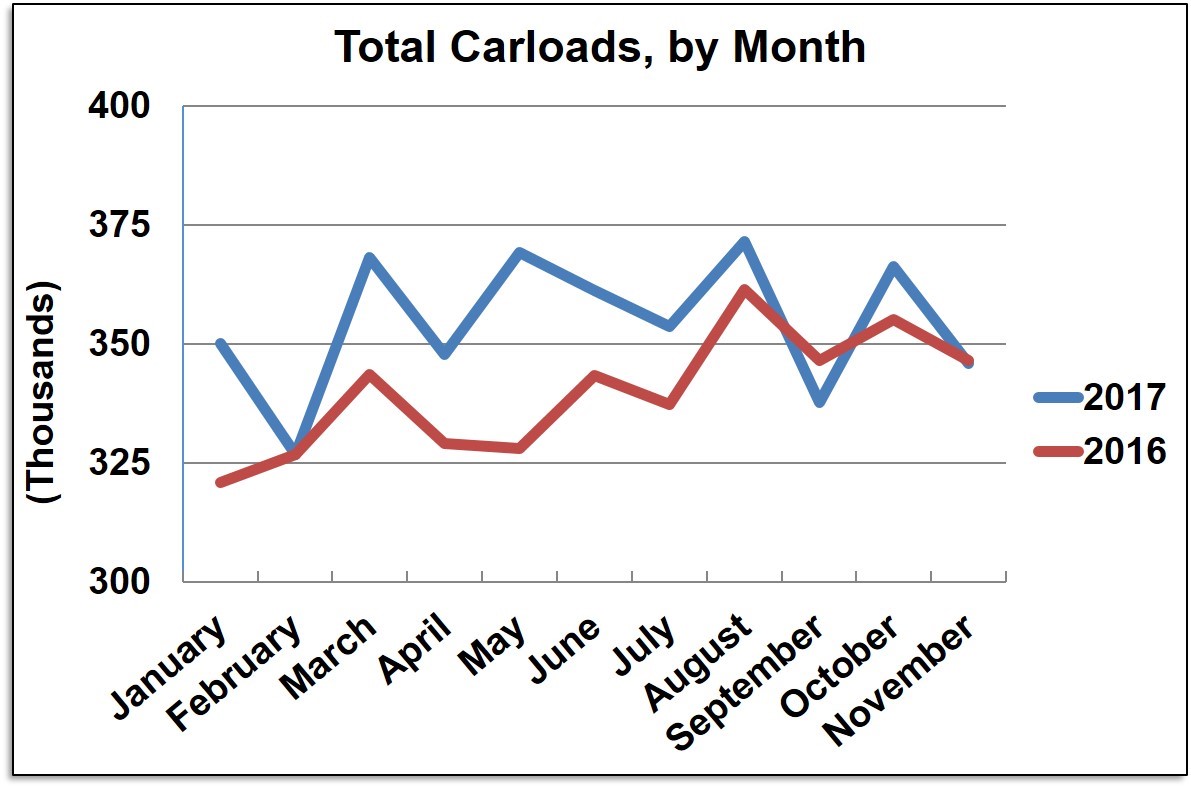 Crushed stone, sand and gravel led gains for the second month in a row, up 27.0 percent over the previous year. Coal carloads were up 17.8 percent, and petroleum products increased by 17.0 percent. Metallic ores led declines, down 27.2 percent, while trailer or container were down 26.3 percent. (Click here to download the Carloads by Commodity file as an Excel table.) 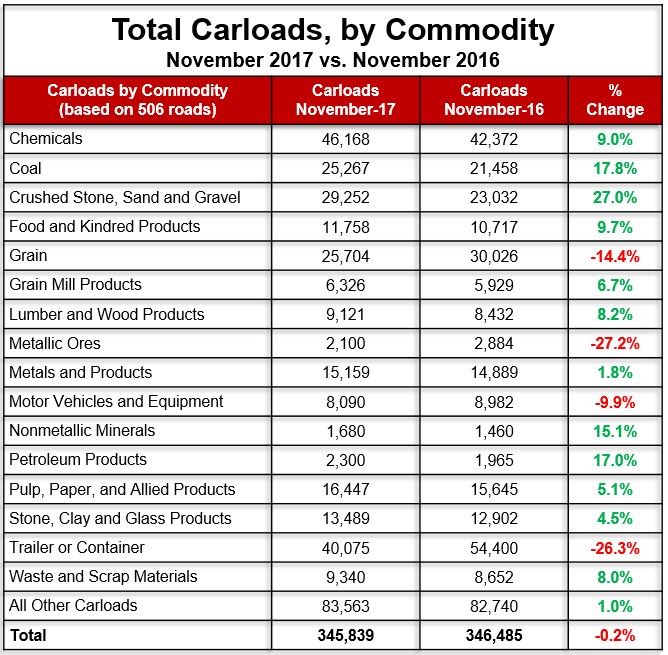 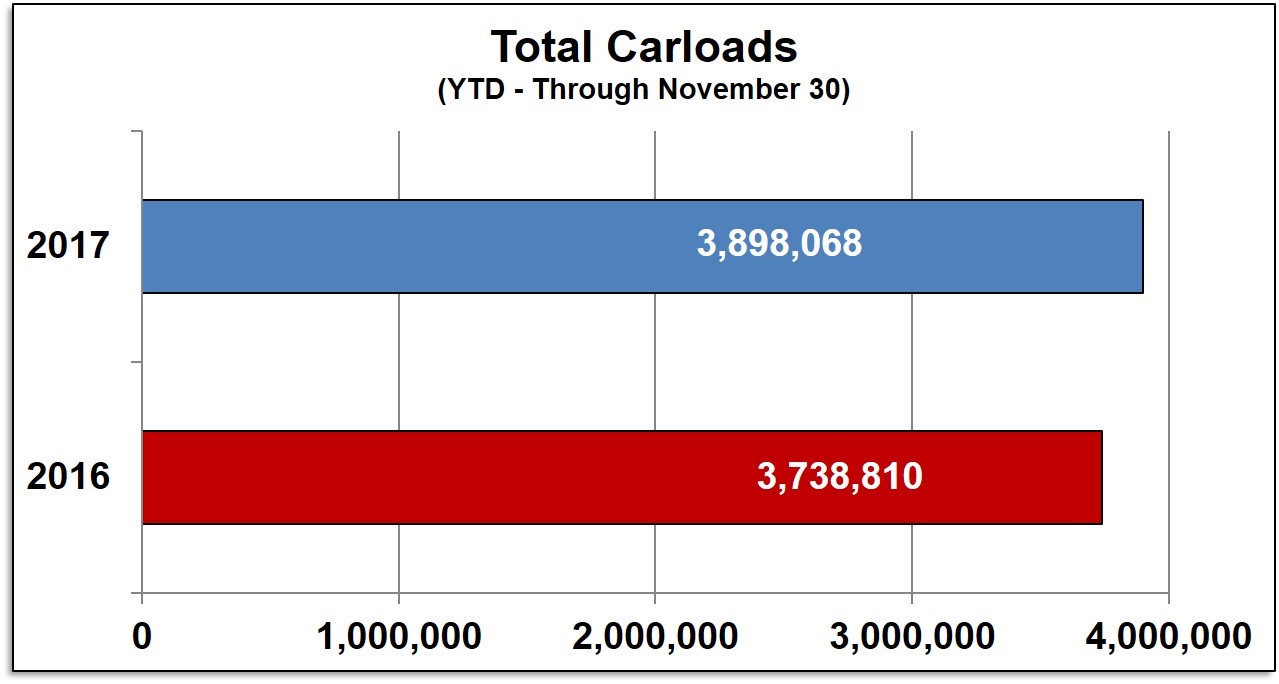 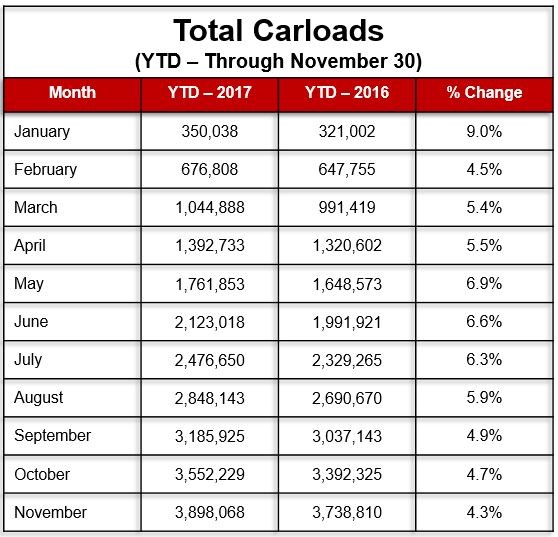 Railinc publishes this information as a service to the rail industry. The Railinc Short Line and Regional Traffic Index can also be found monthly in Railway Age Magazine. For questions or comments, please contact the Railinc Corporate Communications department.